The presidency of the parliamentary cooperation of the Visegrád Group countries (V4) between July 2019 and July 2020 is held by the two chambers of the Czech Parliament. In this context, the Czech Chamber of Deputies, in cooperation with the Czech Senate, organised a joint committee meeting for the Defence Committees of the V4 parliaments on 7–8 January 2020. The Hungarian National Assembly was represented at the meeting by Miklós Simon, Deputy Chair of the Committee on Defence and Law Enforcement, with Miklós Boros, Hungary’s ambassador to Prague also attending the meeting. All the Defence or Security Committees of the Parliamentary Chambers of each V4 country were represented at the meeting (the Polish Sejm was represented at the expert level), the keynote addresses of which, were open to the press.

The three main themes of the event were V4 defence cooperation, joint procurements, and cyber defence and cyber security.

The meeting was opened by Jana Černochová, Chair of the Defence Committee of the Czech Chamber of Deputies, who in her opening speech recalled that the V4 cooperation will celebrate its 30th anniversary in February next year. She added that in recent years all countries have achieved a number of results individually, but they have always been the most effective when acting together. Among the speeches by the heads of delegations, Miklós Simon pointed out among other things with regards to defence policy, that the Visegrád Group cooperation is the most important regional forum for Hungary, providing an opportunity for regular debates and coordination of the various EU and NATO positions.

The progress made in the field of V4 defence cooperation and the defence priorities of the Czech V4 Presidency were presented by Radomír Jahoda, Deputy Minister for Defence Policy and Strategy at the Czech Ministry of Defence. Major general Jaromír Alan, Director of the Capability Planning Division of the Czech Army’s General Staff, then spoke about the V4 EU battlegroup, the possible reform thereof, the V4 JLSG HQ, the PESCO projects and the joint V4 trainings and exercises.

The second panel began with a presentation by Lubor Koudelka, Director of the Management and Support Department of the Armaments and Acquisition Division of the Czech Ministry of Defence, who shared a historical overview of joint procurement, the main reasons for the failure to cooperate and one of the main objectives of the Czech Presidency, the implementation of a small joint project.

In relation to the third item on the agenda, the delegations heard three lectures on the Czech Republic’s experience and approach to cyber defence and cyber security, the challenges and threats posed by cyber-attacks, and the possible solutions. Lukáš Kintr, Deputy Director of the National Cyber and Security Centre of the Czech National Cyber and Information Security Agency, explained that guaranteeing cyber security is the responsibility of the state, where prevention and understanding of potential threats are paramount. Parallel to this, cyber defence is the responsibility of military intelligence and the army, which was discussed in a presentation by Jan Beroun, Director of the Czech Military Intelligence. In the context of cyber defence, Mr. Beroun highlighted the lack of an exact definition and the importance of international cooperation. The third presentation was given by Michal Koudelka, Director of the Czech Security Information Service, who stressed that in addition to ongoing training, cooperation and mutual trust between the countries are essential in the fight against cyber-attacks.

In closing the meeting, the heads of delegations of the V4 defence committees signed a document containing the final conclusions of the event. 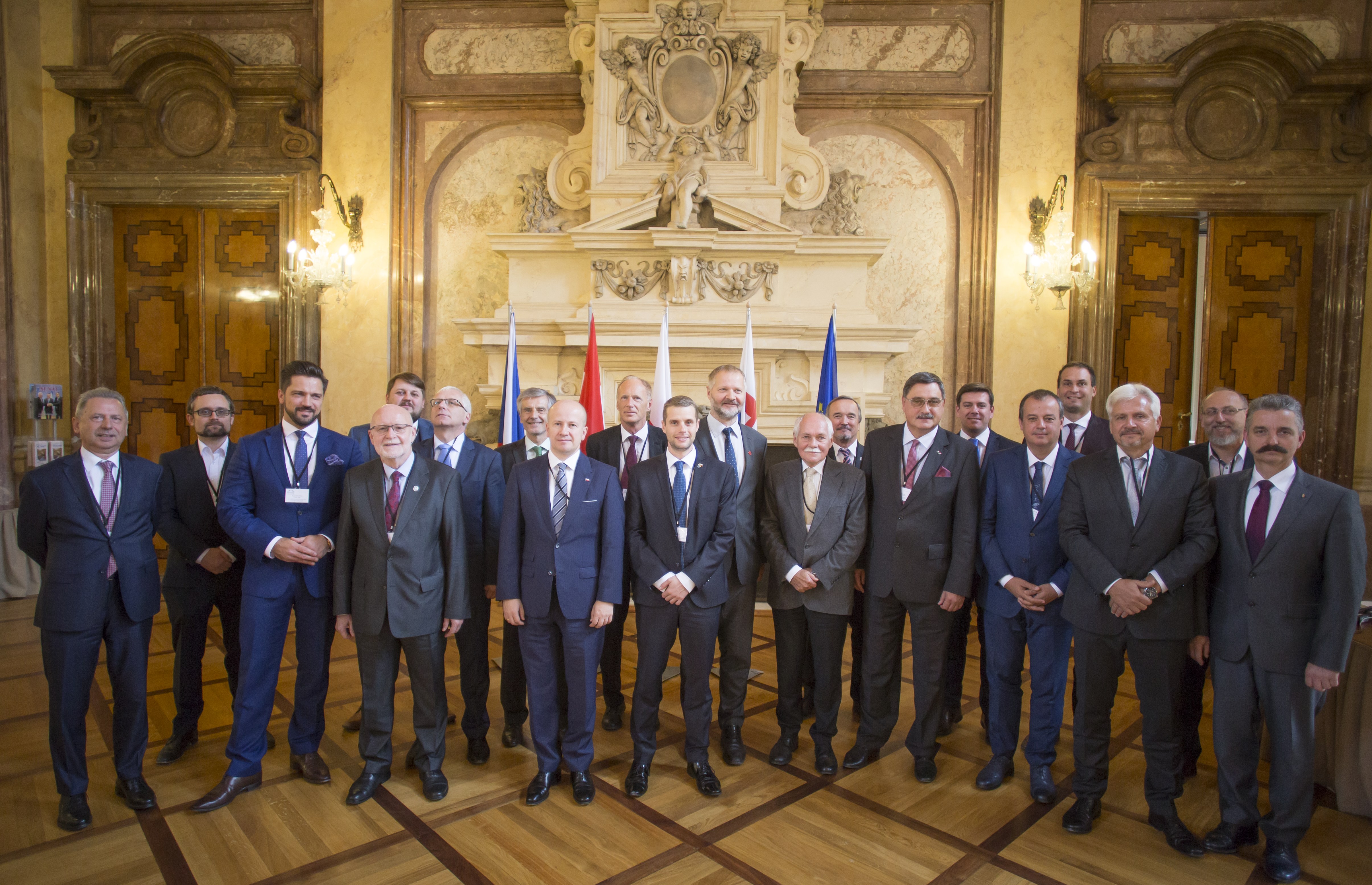