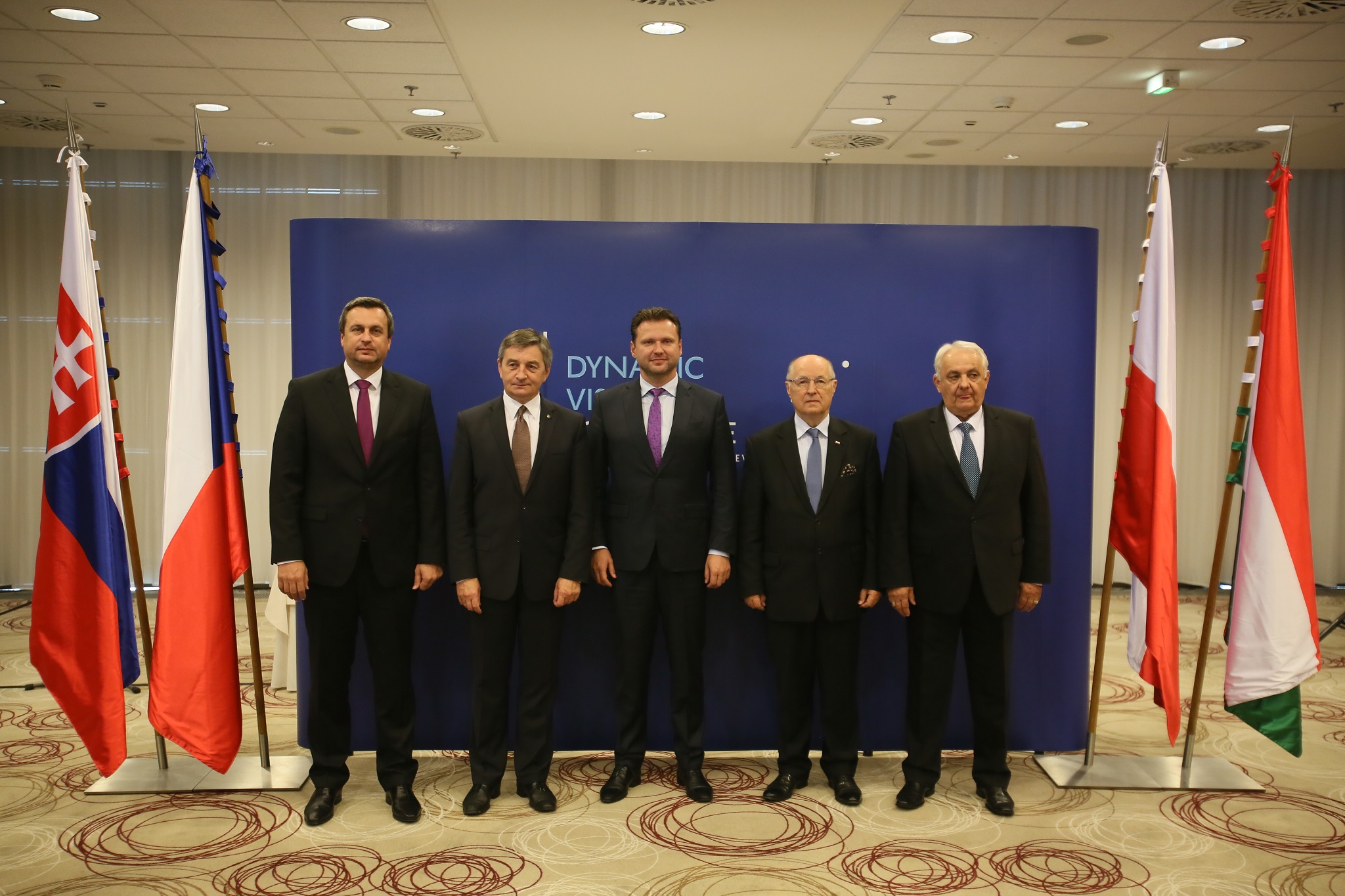 Work meeting of the Speakers of Parliaments of the Visegrád countries in Košice, on 12 and 13 October 2018

The Parliament of Slovakia which country holds the one-year presidency of the Visegrád countries organised the first high-level meeting of the Slovak Presidency on 12 and 13 October 2018 in the framework of parliamentary cooperation. The informal work meeting organised by the Slovak National Council included on its agenda the presentation of the parliamentary events of the Slovak V4 Presidency, the consultations about the topics of the informal meeting of the Speakers of Parliaments to be held on 14 and 15 November with the participation of the German and the French Speakers of Parliaments, the exchange of opinions on the future of the EU, in particular on the issues related to migration, as well as the possibilities for regional inter-parliamentary cooperation within the V4 Group. Besides Andrej Danko, Speaker of the Slovak Parliament, on behalf of the host country, the meeting was attended by Radek Vondráček, President of the Czech Chamber of Deputies, Marek Kuchciński, Marshal of the Polish Sejm, as well as Michał Seweryński, Deputy Marshal of the Polish Senate (the Presidium of the Czech Senate did not attend the meeting). The Hungarian National Assembly was represented by dr. János Latorcai, Deputy Speaker.

At the press conference that followed the event, Andrej Danko said, among others, that “There will be a debate in relation to Article 7 also in Slovakia, because the sanctions against our Hungarian and Polish brothers and sisters do not provide any solution, and such sanctions should not be adopted until all the opportunities provided by democratic mechanisms have not been seized to clarify the situation. I myself will ask the MPs to deal with this issue.” At the press conference, dr. János Latorcai emphasised that “Today, the European Union is fragmented both as regards policy issues and vision in contrast to the countries of the Visegrád Group which provide unambiguous, clear and constructive solutions to arising questions. Our intention is not to create divides, but to return to the ideas of the founding fathers, to the community which was able to build European integration out of the ruins of a war.” He added that “2019 will be an important year for the future of the EU, because the EP elections will determine the destiny of Europe. We hope that the new EU institutions will respect the rules on competence and will not go beyond them. We encourage each voter within the EU to elect MEPs who are committed to a well-functioning Europe.”