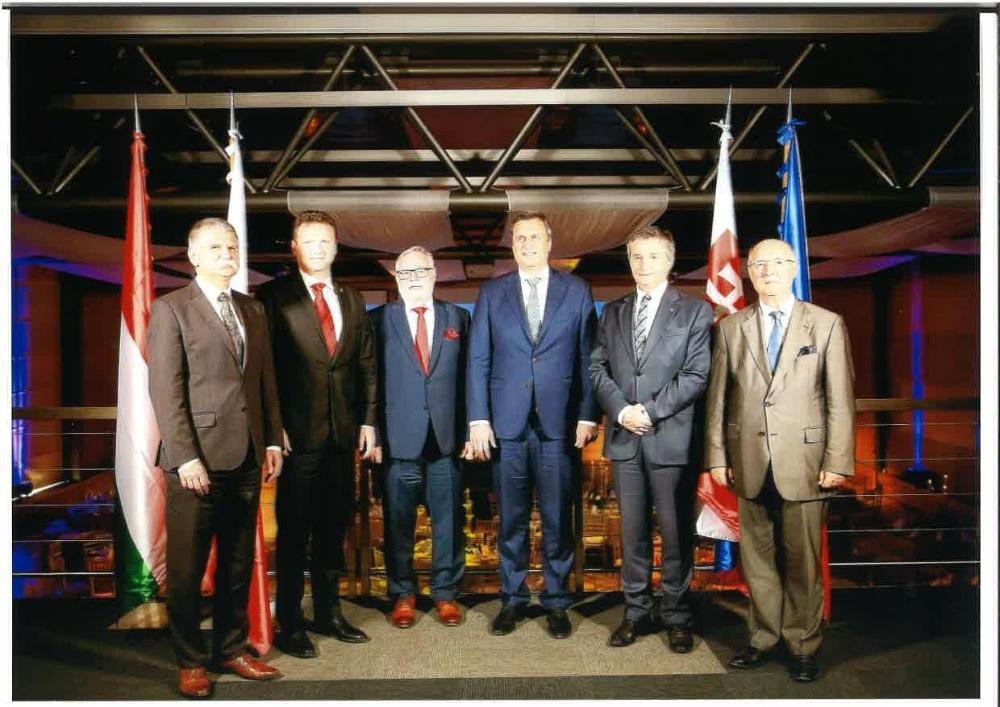 Informal meeting of the Speakers of the Parliaments of the Visegrád countries in Poprad, 27-28 June 2019

On 27-28 June 2019, the closing event of the parliamentary dimension of the Slovak Presidency of the Visegrád Group was held in Poprad in the form of an informal meeting of the Speakers of the Parliaments of the V4 countries. The event was attended by the inviting party, Andrej Danko, Speaker of the National Council of the Slovak Republic, alongside László Kövér, Speaker of the Hungarian National Assembly, Marek Kuchciński, Marshal of the Polish Sejm, Michał Seweryński Deputy Senate Marshal, and on behalf of the Czech Parliament Radek Vondráček, Speaker of the Chamber of Deputies and Jiří Oberfalzer, Vice-President of the Czech Senate. The agenda of the meeting focused on “Future of the EU: The EU after the 2019 European elections”.

During the consultations, Andrej Danko summarised the events and the achievements of the Slovak Presidency. He emphasised that main intention of the Slovak Presidency of the Visegrad Group was to strengthen the internal dynamics and interconnectivity. He also pointed out the need for common actions and welcomed the fact that the V4 countries have reached a unanimous position on the activation of Article 7 of the TEU. By praising the importance of parliamentary cooperation, Mr. Danko underlined the significance of the meetings of the Speakers of Parliaments held in V4+ format, enabling an open dialogue with the leaders of the German Bundestag, the French National Assembly and the Benelux States.

Speaker of the Hungarian National Assembly László Kövér thanked Andrej Danko for his work done under the Slovak Presidency, and commended the results achieved thereunder in the parliamentary dimension. While evaluating the European Parliament elections he emphasized the significant increase in the voter turnout, which also gives a stronger mandate to the MEPs elected in this way.

At the conference, there were consultations on a number of topics concerning the future of the EU (e.g. election of the leaders of EU institutions, prospects for the functioning of the EP, multi-annual financial framework, cybersecurity, dual food quality, migration, climate change), and participants agreed on the need for their common action. In addition, several suggestions were raised in connection with the further development of the parliamentary cooperation system within the V4 Group. Radek Vondráček, Speaker of the Chamber of Deputies of the Czech Republic provided information on the objectives and preliminary plans of the Czech V4 Presidency starting on 1 July 2019 while Vice-President of the Czech Senate Jiří Oberfalzer indicated that the first important parliamentary event of the Czech Presidency would be the meeting of the Speakers of Parliaments (organised by the Czech Senate) on 17-18 November 2019, accompanied by a conference commemorating the anniversary of the Velvet Revolution. According to Marek Kuchciński, Marshal of the Polish Sejm, parliamentary cooperation among the V4 countries should be reinforced in areas such as the “yellow card” or the “green card” procedure, as well as by a stronger representation of common interest within the European Parliament. Deputy Senate Marshal Michał Seweryński emphasised the need for a common action against the unfounded accusation of the V4 Group with populism, as well as against the actually populistic Western European initiatives (e.g. proposals undermining the free movement of workers, promising the protection of workplaces in specific countries – the Posting of Workers Directive).
The informal meeting of the Speakers of Parliaments was also accompanied by a football tournament of the V4 parliamentary teams with the team of the Hungarian National Assembly as winner.