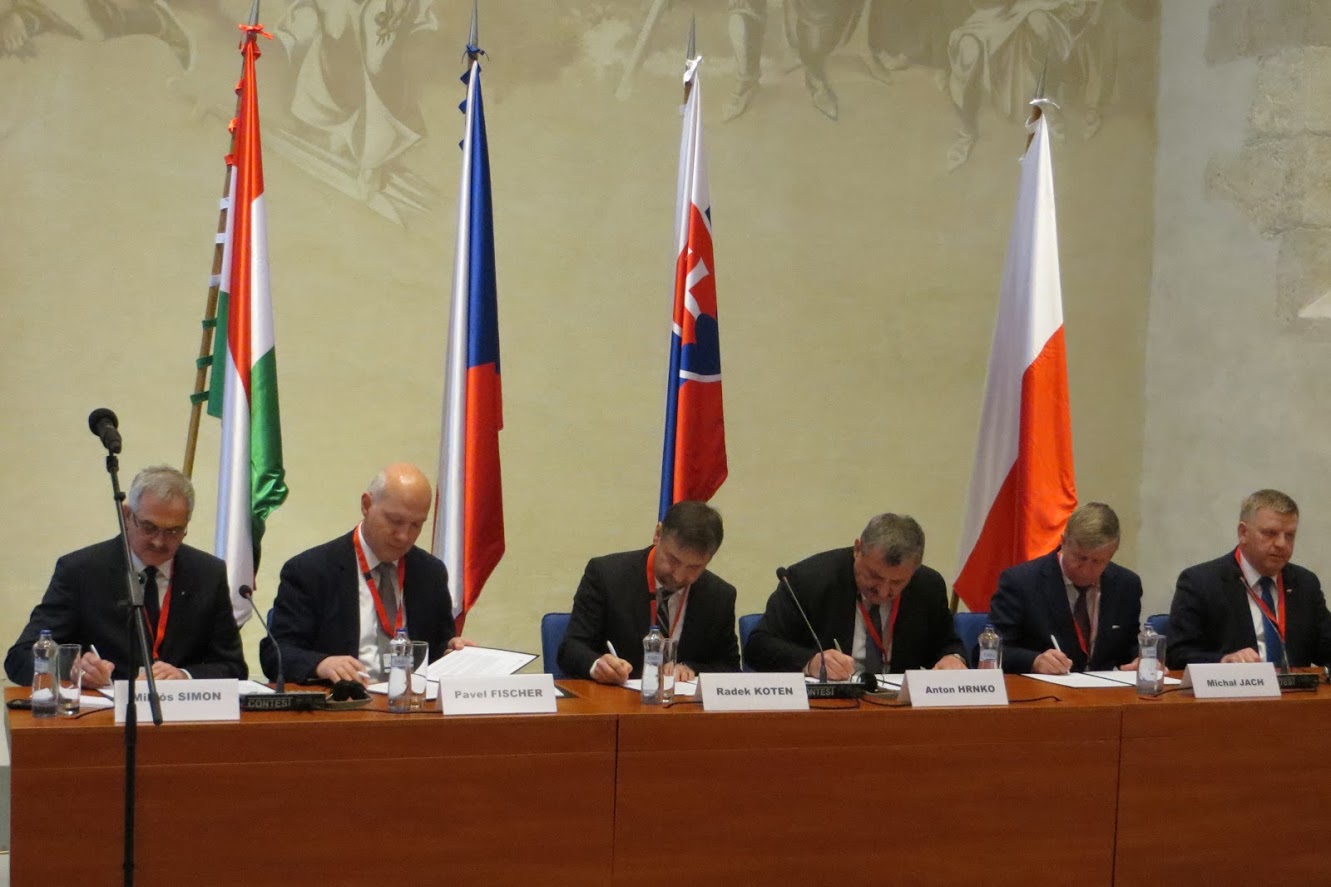 The Slovak Parliament, which holds the Presidency of the parliamentary cooperation of the Visegrád countries (V4) between July 2018 and June 2019, organised a joint committee meeting in Bratislava on 22 and 23 January 2019 for the Defence Committees of the Parliaments of the V4 countries. At the meeting the Hungarian National Assembly was represented by Miklós Simon, Vice-Chairman of the Committee on Defence and Law Enforcement, as well as by József Attila Móring, member of the Committee. All the Defence or Security Committees of the Parliamentary Chambers of each V4 country were represented at the meeting.

The two main topics of the event included the role of the Organisation for Security and Cooperation in Europe (OSCE) in conflict management under the Slovak Chairmanship, as well as the issue of illegal migration as a risk to national security.

The meeting was opened by Anton Hrnko, Chairman of the Security and Defence Committee of the Slovak Parliament. Among the contributions of the Heads of Delegations, Miklós Simon stated that the signature in June 2018 of the Memorandum of Understanding on the V4 Joint Military Logistics Support Group Headquarters (V4 JLSG HQ), the first Visegrád capability, was a milestone in defence policy. In addition, he addressed the latest standby service of the V4 EU Battlegroup, which will take place in the second semester of 2019, and he also welcomed Croatia’s accession to the Battlegroup. Finally, he underlined the importance of regular consultations within the V4 Group regarding the dialogues on reinforcing Europe’s defence as well as the PESCO projects.

The priorities of the Slovak Chairmanship of the OSCE and the ongoing conflicts were presented by Lukáš Parízek, State Secretary of the Ministry for Foreign and European Affairs of Slovakia, Special Envoy of the 2019 Slovak OSCE Chairmanship. Each subsequent contributions addressed the situation in Ukraine which impacts each V4 country. The Members of Parliaments expressed their support for Slovakia's OSCE Chairmanship. In his contribution related to the agenda item, Miklós Simon confirmed Hungary’s support for Slovakia's OSCE Chairmanship, in particular as regards the efforts towards resolving the conflict in Eastern Ukraine and frozen conflicts. The Vice-Chairman stressed that our country did not consider that the tensions resulting from the Education Act constituted a bilateral problem, in our view, ensuring the rights of national minorities was an essential element of our commitments made within the framework of the OSCE.

Under the second agenda item, the participants listened to the presentation delivered by László Csémi, Director of the Bureau of Border and Foreign Police of Slovakia about his experience with and approach to illegal migration, the challenges and threats of illegal migration, the consequences thereof, as well as the possible solutions. Following the Director’s briefing, all the contributors had the same position about illegal migration. They agreed that the EU was unable to deal effectively with illegal migration, they urged for a change of approach. In addition, they emphasised the importance of a joint action of the V4 Group. At the event, all the delegations commended Hungary for its effective activity in the fight against illegal migration. József Attila Móring said, among others, that for the promotion of the weighted interests of the V4 countries it is important to better share and jointly process security information and experience as well as to develop Central European or EU recommendations in relation to the negative effects of international illegal migration.