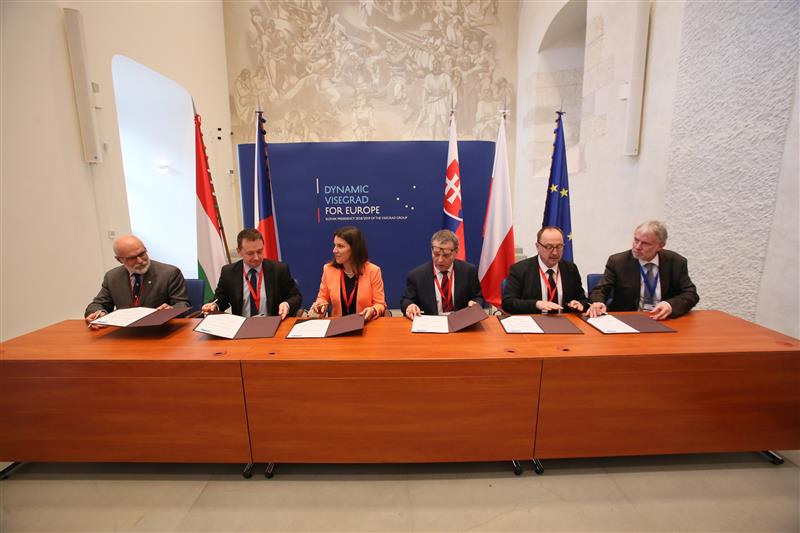 At the meeting, consultations took place on three topics: 1. Brexit and the post-Brexit period - impacts on the future of the EU; 2. Approaching the 10th anniversary of the Eastern Partnership: Priorities, prospects and challenges affecting the Eastern neighbourhood of the EU; and 3. The International Visegrad Fund and its contribution to the cohesion of the V4 Group. At the end of the meeting, a final statement was adopted and signed, including partially the amendment proposal submitted by the Hungarian delegation, which reminded Ukraine of its obligation to implement the recommendation of the Venice Commission with respect to the Ukrainian Education Law.

In his presentation delivered as a point for discussion under the first agenda item, František Ružička, State Secretary of the Slovak Ministry for Foreign and European Affairs, underlined in connection with Brexit that there was an essential need for a pragmatic approach regarding the future relations between the single market and the Parties. He emphasised that there was a need to reinforce the EU in crisis situations. In his contribution, Zsolt Németh pointed out that Brexit affected any field, and that in this regard, not only the responsibility of the British, but also the responsibility of the EU should be examined, since it may be viewed as a collective failure. He commended the activity of Michel Barnier, the EU's Chief Brexit Negotiator, but he considered that the European Commission’s performance was weak during the last 5 years. Zsolt Németh emphasised that there was a need for reinforcing respect for each other as well as for developing a broad Free Trade Agreement. He said that in the post-Brexit period, there would be an even greater need for cooperation within the V4 Group, for a common voice, and that in foreign policy, the V4 Group had an interest in maintaining the United Kingdom’s greatest role possible in the Common Foreign and Security Policy.

As an introduction to the second agenda item, Katarína Mathernová, the European Commission’s Deputy Director-General for EU Neighbourhood Policy and Enlargement Negotiations said that in her view, the V4 countries did not have a common position regarding the Eastern Partnership due to their different approaches towards Russia. She stated that despite the round anniversary, the regular bi-annual summit, scheduled for this year, would not be held in 2019 because the EU was currently unable to offer anything new to the partner countries. In her contribution, Hajnalka Juhász warned that Ukraine was moving further away from the European Union, proved specifically by the Ukrainian Education Law (Language Act), and she emphasised the importance of a joint action by the V4 countries also in this regard.

The history, the organisation and the activity of the International Visegrad Fund were presented by Andor Dávid, the Fund’s Executive Director.