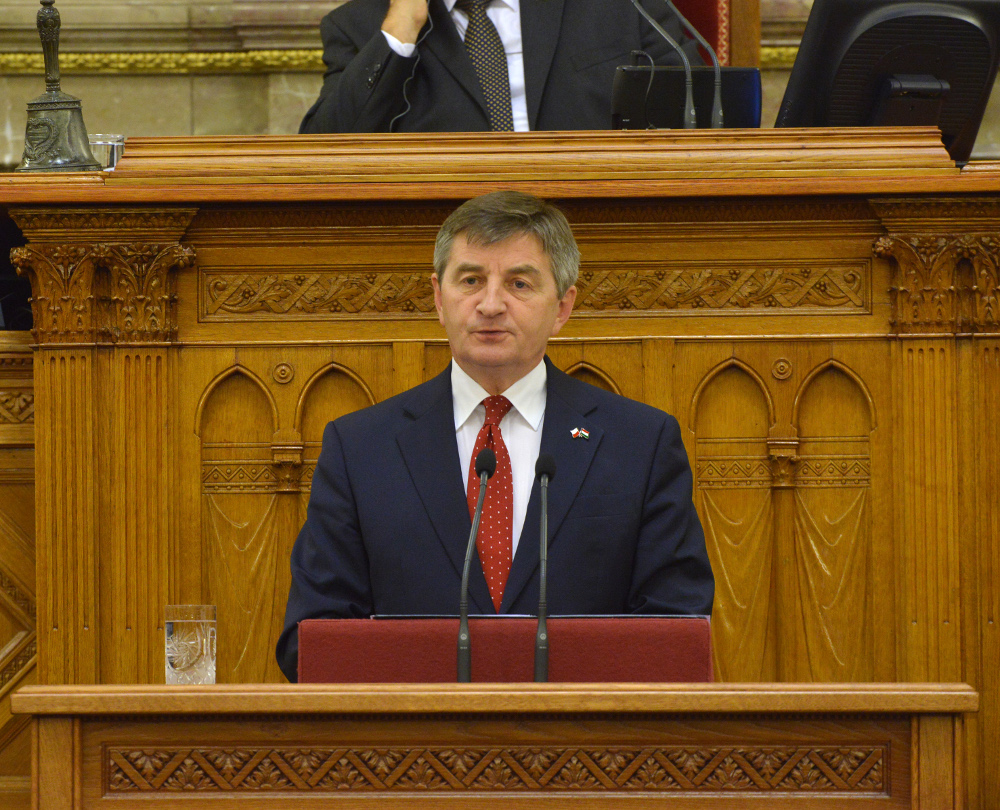 Marek Kuchciński, Marshal of the Polish Sejm, visited Hungary on 24-25 October 2016 and participated in events commemorating the 60th anniversary of the Hungarian revolution and freedom fight of 1956. Marshal Kuchciński was accompanied by Kazimierz Golojuch, a member of the Sejm and a member of the Hungarian Friendship Group. Following talks with his Hungarian counterpart, Speaker of Parliament László Kövér, Marshal Kuchciński delivered remarks at the Commemorative Session of the National Assembly.

In their meeting, the Speaker of Parliament called the visit by the Marshal of the Sejm a sign of the mutual and special attention and unity between the two nations, something also affirmed by the participation of Polish President Andrzej Duda a few days earlier in the central state commemorations. The two principals formulated specific proposals with regard to V4 cooperation: László Kövér raised the idea of the instruction of Central European languages, in addition to English, as a second foreign language, as well as the idea of developing a common Central European history textbook by the academies of sciences of the V4 countries. His Polish counterpart, at the same time, proposed the development of a common website, the bolstering of information policies, the announcement of competitions in various artistic fields and the staging of common exhibitions presenting the history of the V4. They also expressed their support for the participation of parliamentary staff from both countries in mutual study visits and parliamentary internships.