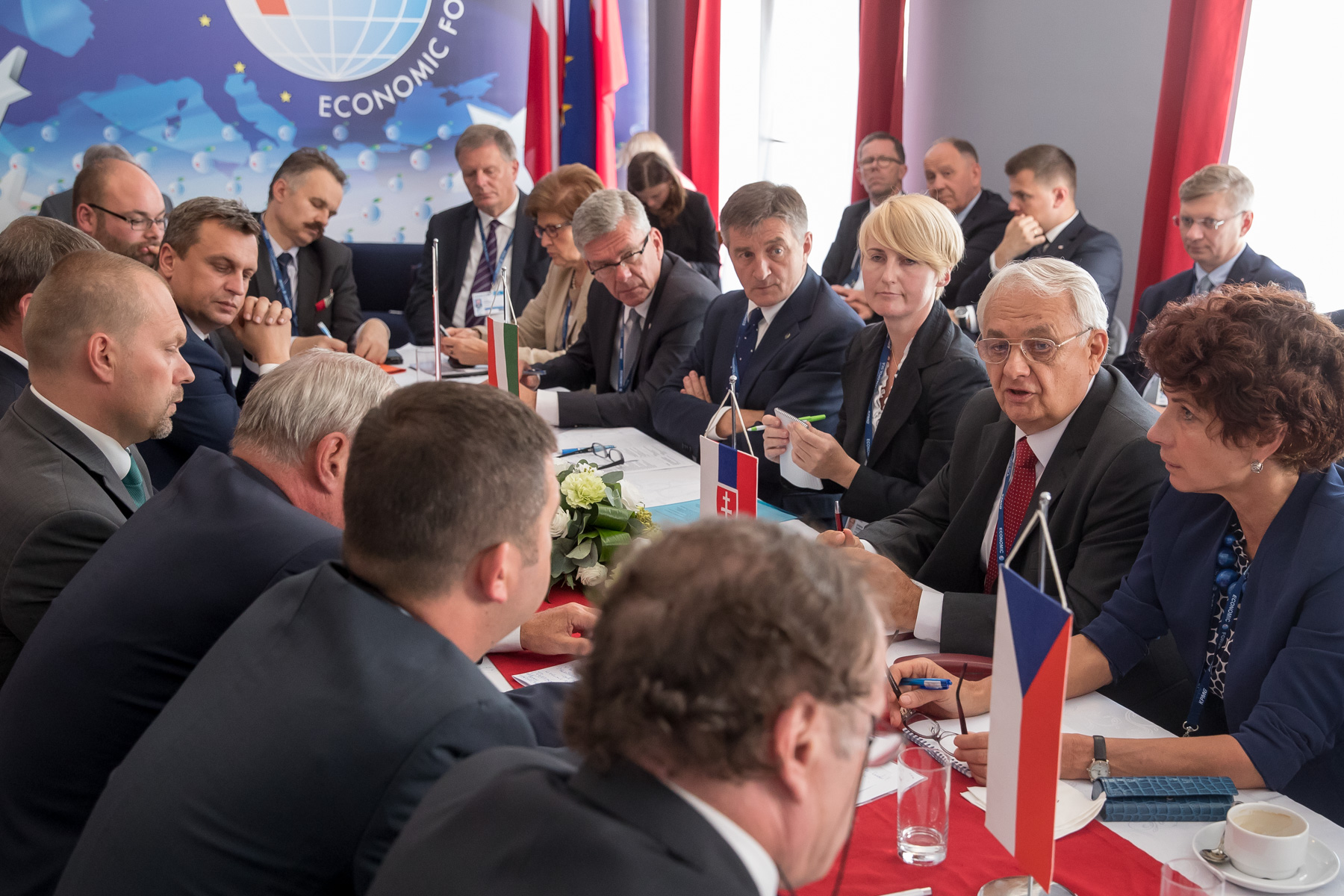 Deputy Speaker of Parliament János Latorcai participated in the Europe of the Carpathians Conference hosted in Krynica in southern Poland on 6-8 September 2016. Speakers of parliament from the V4 countries spoke at the opening session of the conference under the title “The Visegrád Group: Current Challenges and New Forms of Cooperation”.

At their meeting, the V4 speakers of parliament agreed that recent new conflicts and challenges, as well as the problems the region is facing, have underscored the importance of further bolstering cooperation in general, including parliamentary cooperation. They noted shared historical experiences, a shared identity and shared values. They encouraged future chairmanships of the Group to hold similar informal meetings of speakers of parliament prior to meetings of heads of state or government in the European Council. In addition to those between EU committees, they proposed regular consultations and meetings between defence, economic or cultural committees as well. They also agreed that there is a need for a common voice, quick and flexible cooperation and the harmonisation and steadfast representation of V4 positions. At the same time, they also noted that it is necessary to take specific steps in order to solve the question of migration, which today presents the greatest challenge.

At the conference, as well as at the meeting of V4 speakers of parliament preceding it, there was agreement among the four Visegrád partners on keeping the establishment of a V4 Parliamentary Assembly on the agenda, and before that is achieved, on further broadening and increasing the intensity of cooperation. Further consultations are expected on the specific forms this may take.