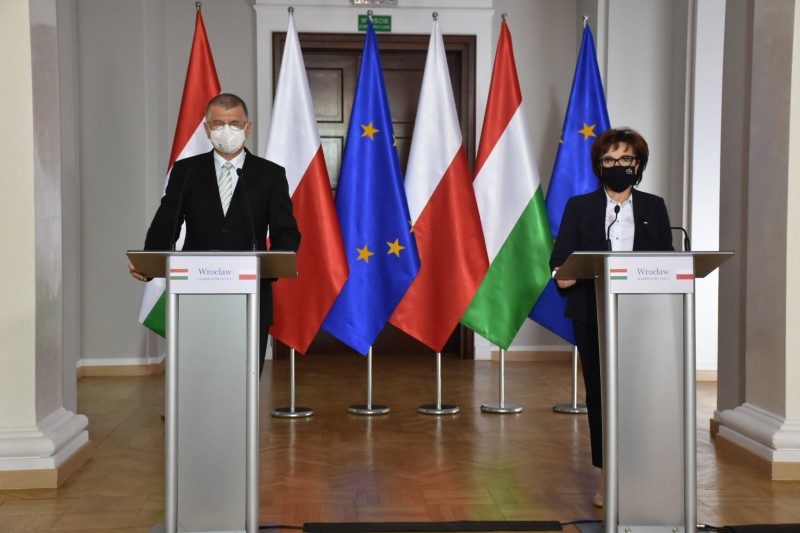 The rule of law issue must be separated from the topics of the post-2021 seven-year budget framework of the European Union (EU) and the recovery fund - emphasized the Speaker of the National Assembly László Kövér, after his meeting on 14 October 2020 with his Polish counterpart in Wrocław in the west of Poland.

In a joint press conference with Elżbieta Witek, the Marshal of the Sejm, László Kövér stated that Poland and Hungary are currently "high among the targets of the political and ideological crusade" conducted from Brussels and certain western EU member states "to subjugate our interests to that of others."

"They are trying to use the rule of law procedures as a façade for their ambitions." – said the Speaker. Talking about the idea raised during the negotiations in the EU to link the disbursement of EU funds and the rule of law principles, the Speaker stated that "there have been several attempts" against Hungary and Poland "some of them even going as far as attempting to amend the compromise agreement about the EU budget plan adopted by the European Council".

According to László Kövér, it would be important for the Polish and Hungarian parliaments to make it clear: they are not willing to "have any part in a game that is essentially aimed at blackmailing our countries". If the EU fails to separate the rule of law considerations from financial issues, "we will treat the matter as if the Prime Ministers had failed to agree on anything" during the budget negotiations. 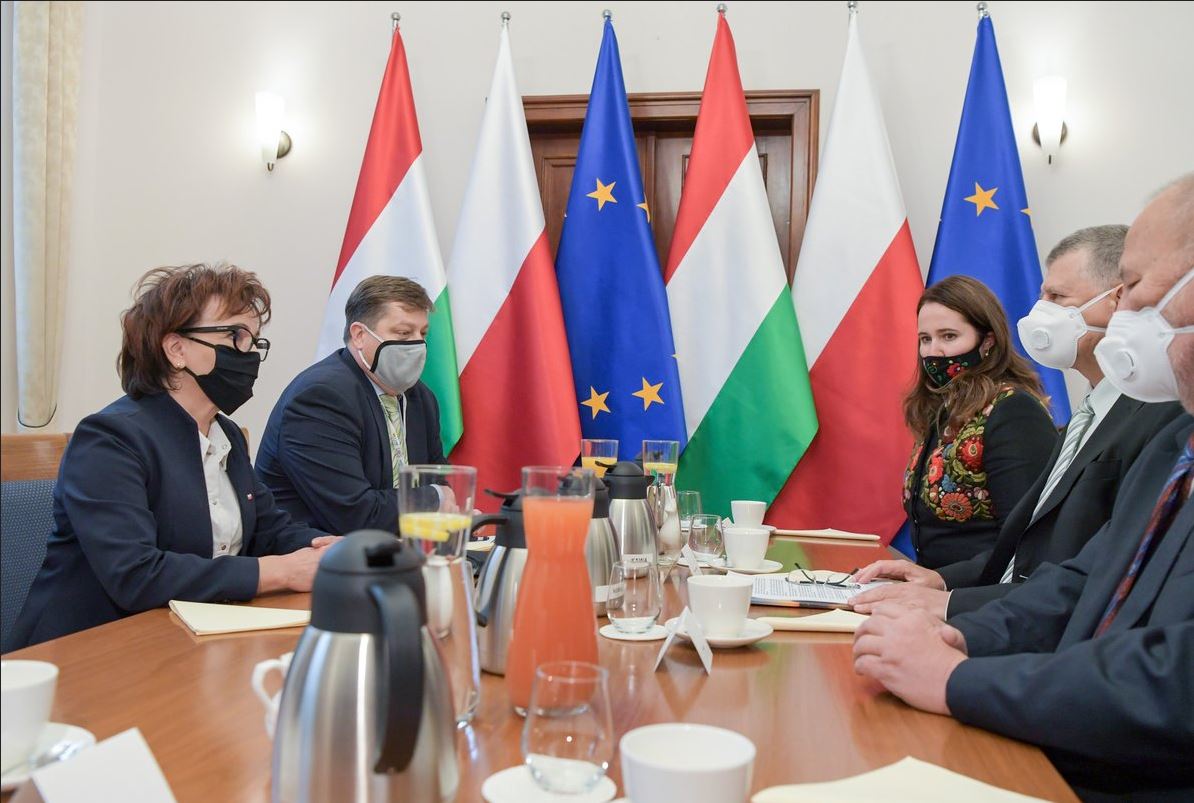 The Speaker of the National Assembly was on the opinion that it was irresponsible of those who "try to force their interests rooted in their ideological and political prejudices at the risk of the economic and financial stability of the southern EU member states”.

At the press conference, Marshal of the Sejm Elżbieta Witek also said that linking EU funds to the rule of law was contrary to the EU Treaties.

According to a joint statement by the two Speakers to the Hungarian News Agency, "any attempt to address rule of law issues in the context of financial agreements" without the consent of Member States is an unjustified amendment of the EU Treaties and that "national parliaments not only have the right but also the duty to act” against this.

Elżbieta Witek and László Kövér also underlined that the EU budget and the recovery fund will help the EU in the post-Covid-19 pandemic reconstruction process and will also support green and digital transition investment. They therefore welcome the budget agreements of the European Council in July and urge the European Parliament to adopt the agreement as soon as possible.